Liver metabolism follows diurnal fluctuations through the modulation of molecular clock genes. Disruption of this molecular clock can result in metabolic disease but its potential regulation by immune cells remains unexplored.

This study demonstrates that neutrophils contribute to the maintenance of daily hepatic homeostasis through the regulation of the NE/JNK/Bmal1 axis.

Our lab mate María Crespo has been awarded the second prize in the Archimedes Competition. She will receive a prize of € 2,000. 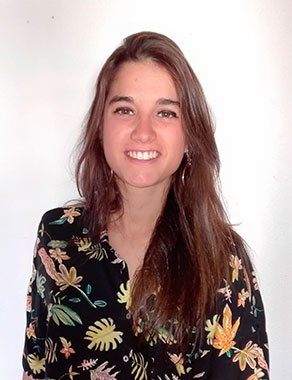 The competition, organized by the Spanish Ministry of Education, favours the incorporation of young students into the research field by awarding them for their original Master projects of scientific or technological research. On this occasion, more than 350 students throughout Spain participated, of which only 25 went to the final.

Under the supervision of Guadalupe Sabio and Magdalena Leiva, Crespo has studied the circadian rhythm of neutrophil infiltration in the liver and the possible role that these cells play in the regulation of hepatic activity. Through the use of neutropenic mice, she has analyzed the contribution of neutrophils in the progress of non-alcoholic fatty liver disease (NAFLD).

María Crespo among other finalists of the Archimedes Competition.