Hepatocellular carcinoma (HCC) is the sixth most common cancer type and the fourth leading cause of cancer-related death. This cancer appears with higher incidence in men and during obesity; however, the specific mechanisms underlying this correlation are unknown. 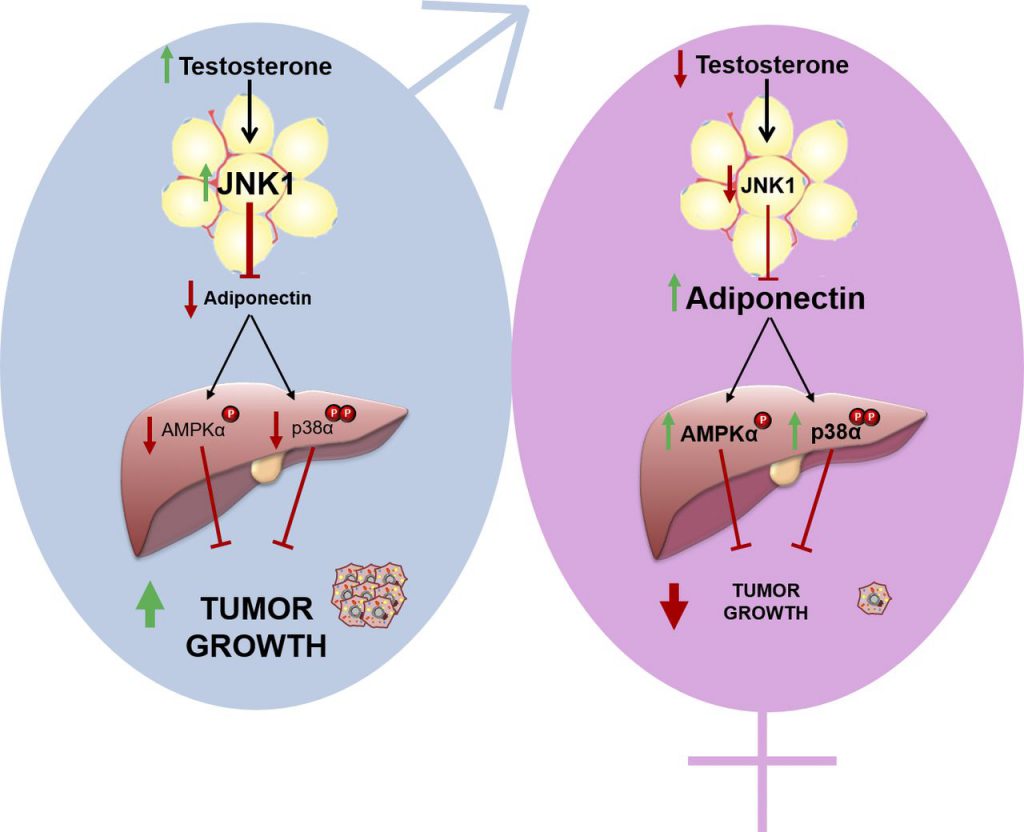 Adipose tissue, a key organ in metabolic syndrome, shows evident gender disparities in the production of adipokines. Levels of the important adipokine adiponectin decrease in men during puberty, as well as in the obese state. Here, we show that this decrease in adiponectin levels is responsible for the increased liver cancer risk in males. We found that testosterone activates the protein JNK in mouse and human adipocytes. JNK-mediated inhibition of adiponectin secretion increases liver cancer cell proliferation, since adiponectin protects against liver cancer development through the activation of AMP-activated protein kinase (AMPK) and p38α.

This study provides insight into adipose tissue to liver crosstalk and its gender relation during cancer development, having the potential to guide strategies for new cancer therapeutics

As in previous years, our group is open to master and advanced undergraduate students for extending their scientific training through hands-on experience in our laboratory during the summer recess (1 July – 30 September). In addition to carrying out a supervised research project, the students will also attend CNIC seminars.

The aim of the CICERONE program is to give university students first-hand knowledge of biomedical research so that they can make more informed choices about the possibility of pursuing a scientific career.

To apply, you must register at CNIC website before 15 April 2019.

For the 2019 call, we are offering the following research projects: 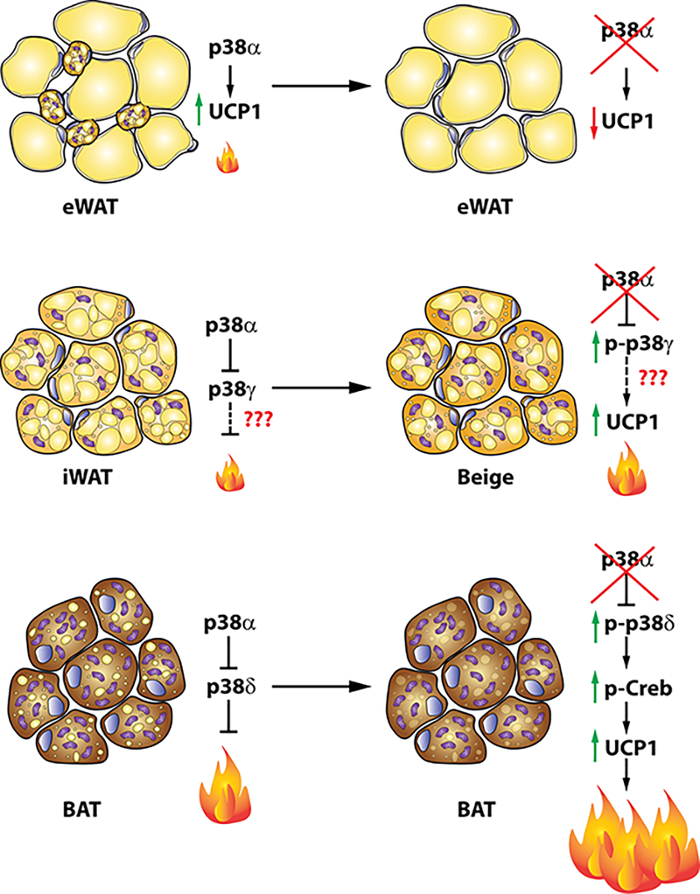